Hypefury Vs. Typefully: Which Is Better in 2023

In this comparison review, I’m going to be analyzing Hypefury Vs. Typefully side by side with each other – and help you discover which of these Twitter thread makers best meets your needs.

The core difference between Hypefury and Typefully is that one focuses on Twitter account growth, while the other has built-in marketing features that amplify your sales results.

I’m going to explain how these innovative products compare in terms of:

I’ll do a fair breakdown of the features of Hypefury and Typefully as I have used them both.

Here’s the thing, if you’re looking for enough information and proper guidance about these projects before making a buying decision, then you’re in the right place.

This will be the only comparison guide that you’ll ever need.

Without further ado, let’s get into it.

It’s one of the biggest names in the Twitter thread-making market, with tons of customers and positive reviews. It is worth noting that Hypefury is not only built for Twitter account growth but also for sales growth.

Typefully is a Twitter thread-maker and automation tool. It helps curate and schedule tweets for maximum reach and engagement.

The best thing about Typefully is that it gives you a distraction-free environment to create high-quality tweets that drive growth. Shortly, we dive into the remarkable features of Hypefury and Typefully.

Both Hypefury and Typefully are good Twitter automation and thread-maker tools because they offer some excellent features.

Although their features are unique in some ways, they have some striking similarities.

In this section, we’ll be comparing their similarities side by side.

Tweet scheduling is among the core features of Hypefury and Typefully. It’s why someone would ditch the Twitter app for third-party software.

You can load up a year’s worth of Twitter content in them and relax. And it will all trigger at its due date.

The best part about these Twitter automation tools is that it suggests the best time to post for optimum engagement and follows.

Hyperfury and Typefully have an intelligent analytics section that lets you view metrics.

You can view and access more metrics with their analytics than Twitter native analytics. They possess critical metrics like link clicks and profile clicks, amongst others.

The two platforms allow you to add multiple Twitter accounts and team members to foster collaboration and support.

Hypefury goes a bit further in enabling users to add other social media accounts as well.

However, the ability to add team members in both Hypefury and Typefully depends on the subscription plan the user is on. More on this later.

With Hypefury and Typefully, users can auto-retweet and auto-plug tweets to a thread.

The auto-retweet feature lets you automatically retweet your performing tweet for better engagement, while the auto-plug feature allows you seamlessly plug tweets into a thread.

These features are decisive for driving engagements. Although, Hypefury takes a step further in allowing users to auto-plug Linkedin posts and auto-post threads on Instagram.

As much as these products are similar, they also differ in numerous ways.

Obviously, as they are not from the same founders, differences are meant to abound.

This section will look at the critical differences between Hypefury and Typefully.

The goal and vision of a product drive the development and its accompanying features.

For Typefully, it’s primarily about Twitter automation and growth. That’s why 90% of its existing and new features are centered around maximizing visibility, automation, and following on Twitter.

And that’s not even all. Hypefury is also built for entrepreneurs that want to monetize their following on these social media networks.

Its ability to integrate and work with other platforms makes a software tool flexible.

Typefully offers one central integration with Zapier, a tool that allows you to automate and create workflows between Twitter and other platforms.

Hypefury provides loads of inspirations and fill-in tweets in different categories to help spark your creative genius when creating tweets.

While Typefully gives writing prompts for guidance and assistance when creating tweets.

Hypefury is not only restricted to Twitter engagements. It also automates sales and newsletter subscriptions.

You can integrate your Gumroad account to Hypefury and automatically add your product to a tweet or thread at will. Asides from that, Hypefury has a time-based sales feature that allows you to create urgency around your product.

This feature is only available on Hypefury.

Typefully and Hyperfury have a notepad, the interface you write tweets from on these platforms.

Hyperfury has an engagement-builder that enables you to add at least two Twitter that you want to engage with your posts. This tool is handy for growing a Twitter following and driving real-time engagements.

Let’s get it straight, Hypefury and Typefully are not all shades of roses.

There are some downsides to its usage that users have identified. And in the following few paragraphs, we will examine some of those drawbacks.

I know you’re longing for this section where we would get down to the real deal – pricing.

We, we’re finally here. It’s time to compare the pricing.

Hypefury offers a Free 7-day Trial, which you can take advantage of for a start before opting in for the paid plans.

The Standard Plan gives you access to the complete inspirational panel, 3 connected Twitter accounts, 12 connected social accounts, including OnlyFans, and all the basic features, support, and analytics.

The Premium Plan gives you complete access to Hypefury. You and your team will explore all the excellent features of the platform.

The image above shows Typefully’s pricing and its accompanying features. You can start with the free plan, but to fully explore the platform’s benefits, you must opt-in for the paid plan.

The Winner and Why!

Both Twitter automation tools are incredible and have cool features that help level up your Twitter game.

If you’re looking to grow and automate your Twitter account, I’ll advise you to go with Typefully. And besides being excellent at Twitter growth, it is less expensive.

But if you want to grow, automate, and monetize your Twitter and other social media accounts, then you should use Hypefury. It has sales and marketing tools that’ll help you win with Twitter.

No, Hypefury is not free. Although, they have a free plan for 7 days that you can start with, and opt-in for the paid plan if you’re having with their service.

How to use Hypefury?

Having used Hypefury for a year, I can boldly say that it has a low learning curve. If you’re conversant with making threads on Twitter, then it wouldn’t be a challenge for you. After signing in, there are prompts on the dashboard to guide you.

Viktor. A is a writer and researcher with experience writing about various topics, including CRM software, SaaS, finance, and technology. When he's not writing, he's swimming and travelling 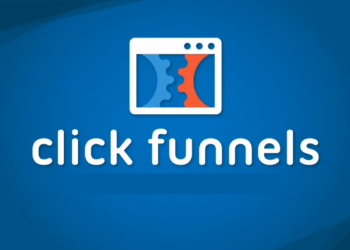 Is Clickfunnels a CRM? (Myth Busted) 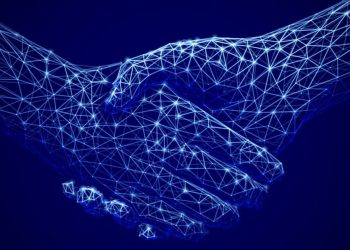 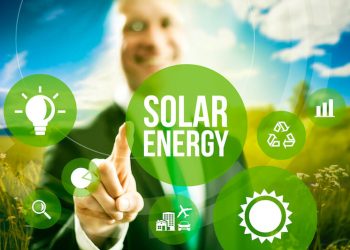 Okay, I Want It