Tweet Hunter vs Hypefury: Which One Should You Use?

Honestly, picking between Tweet Hunter and Hypefury is a tough choice. But I’ve used them both, so you don’t have to. In this review, I’ll compare them side by side to help you make the best option.

To better equip you with sufficient information about these products, I’m going to explain how these great products compare in terms of the following features:

I’ll be doing a fair and detailed breakdown of the features and differences between Tweet Hunter and Hyperfury.

As I said earlier, these products are both powerful products with innovative features. And it’s easy to fall in love with either of them as they’ll give you value for your money.

However, because you have to choose one, I’m here to help you make the right choice.

Tweet Hunter is an innovative Twitter thread-maker and automation tool. It enables its users to build and monetize their Twitter audience faster with little or no stress.

With Tweet Hunter’s powerful automation features, you can literally put your Twitter account on auto-pilot. This will allow you to focus more on your core business.

It’s one of the biggest names in the Twitter thread-making market, with tons of customers and positive reviews. It is worth noting that Hypefury is not only built for Twitter account growth but also sales growth.

Even though they both function differently, Tweet Hunter and Hypefury share some basic similarities that are worth highlighting.

This section will analyze the main similarities between these incredible Twitter thread-makers and automation tools.

The Tweet scheduling functionality lets you automate your tweets, threads, tweet storms, and lots more. Users can load up their tweets and set a scheduled date for posting. And it’ll auto-publish the post once it’s time.

Analytics allows users to view the performance of their tweets in real time and compare it against their benchmarks.

Tweet Hunter and Hypefury both have an intelligent analytics system that shows the usual analytic data and several other crucial metrics like link clicks and profile clicks, to mention a few.

Depending on your subscription plan, they allow you to add team members to your account.

Both Tweet Hunter and Hypefury come with auto-retweet, auto-dm, and auto-plug features, with which you’ll be able to increase your level of tweet engagements.

Since Hypefury functions on other platforms, it permits users to auto-plug posts on Linkedin and auto-post threads on Instagram.

Let’s face it, we all need inspiration. Writer’s block can sometimes be frustrating, especially with a content deadline.

That’s the reason why Tweet Hunter and Hyperfury have an inspiration section to help users overcome creative blocks.

Best of all, Tweet Hunter has a better inspiration stream of over 2 million tweets to draw from than Hypefury.

Now, it’s time to examine the differences between Tweet Hunter and Hypefury. Additionally, most of these differences constitute the individual platform selling points.

Still wondering what they are? Let’s find out.

1. Purpose of the platform

An easy way to understand any platform or organization is to look at its purpose or mission statement. The purpose is what drives the features and development of any given platform.

For Tweet Hunter, It’s about building and monetizing your Twitter audience. Upon a closer view, you’ll discover that all their features are aimed at helping users in achieving their set goals.

While Hypefury is about scheduling and automating social media marketing, similarly, that’s the reason why Hypefury goes beyond Twitter to other social media platforms.

With Hypefury, you can automate the sales and subscriptions of your products on Gumroad and OnlyFans, respectively. It also allows you to increase your newsletter subscriptions.

These capabilities are made possible by Gumroad Sales, Time-based Sales, and Archive Uploader features on Hyperfury, While Tweet Hunter doesn’t have these specific functionalities.

Hypefury ai-powered uses its inspiration bank to preempt tweets for you, while Tweet Hunter’s ai-powered writing is more advanced and suggests personalized tweets.

Hyperfury has an engagement-builder that enables you to add at least two Twitter that you want to engage with your posts. This tool is handy for growing a Twitter following and driving real-time engagements.

See, I’ll be plain with you on this one. Tweet Hunter and Hypefury are not all sunshine and roses.

Here are some of their drawbacks.

Hypefury offers a Free 7-day Trial, which you can take advantage of for a start before opting in for the paid plans.

The Standard Plan – $19/m: gives you access to the complete inspirational panel, 3 connected Twitter accounts, 12 connected social accounts, including OnlyFans, and all the basic features, support, and analytics.

The Premium Plan – $49/m gives you complete access to Hypefury. You and your team will explore all the excellent features of the platform.

Hypefury also offers a Free 7-day Trial, after which you can choose the plan you want to start with.

Tweet Hunter pricing starts at $49/m, including all features except AI writing. At the same time, the pro features go for $99/m with access to all the features. Then lastly, there’s a customizable enterprise plan.

It was worth reiterating that these Twitter scheduling and automation platforms are powerful. My verdict is based on what they can offer and their functionalities.

I’d recommend Twitter Hunter if you’re focused on growing and monetizing your Twitter. It has incredible features that’ll enable you to achieve it faster, like Twitter CRM, auto-dm, and inspiration bank. Although it’s pricey, you’ll get value for your money. You can try out its 7-day risk-free trial to test the waters.

On the other hand, If you want to grow and monetize Twitter alongside other platforms like Instagram and LinkedIn, then I’d recommend Hypefury. Looking at its pricing, it’s literally a steal. Hypefury is the only social media scheduling and automation tool you’ll need to dominate socials. You can start with a free 7-day trial here.

If you have any questions, kindly drop them in the comment box below.

Viktor. A is a writer and researcher with experience writing about various topics, including CRM software, SaaS, and technology. 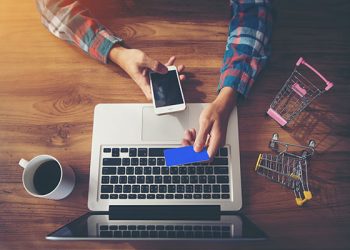